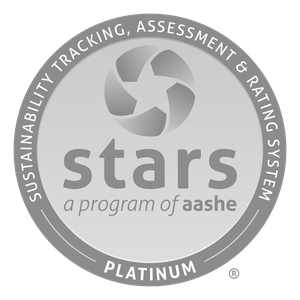 Does the institution advocate for public policies that support campus sustainability or that otherwise advance sustainability at the municipal/local level?:
Yes

A brief description of how the institution engages in public policy advocacy for sustainability at the municipal/local level, including the issues, legislation, and ordinances for or against which the institution has advocated:

In 2015-2018 UCI Associate Chancellor for Sustainability, Wendell Brase, engaged in advocacy with the Irvine City Council regarding City energy policy and practices related to the implementation of renewable energy generation at City-owned facilities in Irvine. UCI provided advice to City staff on best practices in solar energy program implementation and advocated to City Council members for implementation of solar energy arrays on City properties. UCI is continuing to work with City staff to advocate for solar energy installation and other green energy policy and programs in the City.

Orange County is known for innovative public policy solutions to water resource issues. Multiple levels of government officials have worked at common solutions for the region and have developed programs that have been funded through federal, state and local funding sources, such as the Ground Water Replenishment System (GWRS). As a key strategy of UCI’s Strategic Plan is to “Partner with Orange County in developing a sophisticated water conservation model that will provide a paradigm for 21st-century water management nationally and internationally”, in 2016-17 UCI engaged local water agency officials to discuss potential strategy, policy, and collaboration related to this Strategic Plan goal. UCI Community and Government Relations (CGR) team also engaged elected members of Orange County’s municipal and regional water agencies to discuss opportunities for further collaborative efforts aimed at addressing water resource issues through campus programs (e.g. UCI Oceans, Water UCI and the UCI Sustainability Initiative), research, expert faculty and students.


Does the institution advocate for public policies that support campus sustainability or that otherwise advance sustainability at the state/provincial/regional level?:
Yes

A brief description of how the institution engages in public policy advocacy for sustainability at the state/provincial/regional level, including the issues, legislation, and ordinances for or against which the institution has advocated:

In September 2017, UCI Community and Government Relations (CGR) worked to secure third-party advocacy regarding increasing funding for climate and clean energy research and development. The advocacy effort stems from the passage of AB 398 that extended California’s Cap-and-Trade program and California Senator Henry Stern’s proposal to fund research at a level of $100 million over several years from the one-year expenditure plan. CGR secured advocacy support from the Orange County Business Council in the form of a detailed letter directed to California’s Senate Pro Tem, Chairman of the Senate Budget and Fiscal Review Committee, and Chairman of the Senate Budget Subcommittee #2.

An example of research that could benefit from increased funding is UCI’s Advanced Power and Energy Program’s research to develop and apply master community design tools and integrate innovative, high-efficiency and sustainable energy technologies. This capability can be used to create a blueprint for the entire State of California, showing how communities can be revitalized, become more sustainable, and lower energy costs through Advanced Energy Communities. (UC Irvine; AB 398 Category: Climate adaptation and resiliency).

UCI Professor Steve Allison’s research and subsequent advocacy was an important factor in the adoption of California Assembly Bill 262 which requires the state to create rules for the procurement of infrastructure materials purchased with state funds, taking into account pollution levels during production and transport. Buy Clean will help level the playing field for companies in California and around the world that
have invested to reduce the climate pollution of the materials they produce

Fact sheet of new law: https://www.sierraclub.org/sites/www.sierraclub.org/files/sce/sierra-club-california/PDFs/BuyClean-FINALFACTSHEET-013117.pdf
Op-ed I wrote prior to adoption: http://www.sacbee.com/opinion/op-ed/soapbox/article113340678.html


Does the institution advocate for public policies that support campus sustainability or that otherwise advance sustainability at the national level?:
Yes

A brief description of how the institution engages in public policy advocacy for sustainability at the national level, including the issues, legislation, and ordinances for or against which the institution has advocated:

On March 8, 2017, UC Irvine coordinated meetings for Professor Steven Allison and his colleagues to meet with Congressional members and their staff to discuss their collaborative biological and environmental federally funded research and its impact on the nation's economy, food security and job creation policy. UCI’s meeting with Congressional members involved the direct participation of UCI senior level administration and was supported and funded by UCI. The UCI delegation included UCI’s Director of Federal Relations, Kathleen Eiler, within the UCI Office of Strategic Communications and Public Affairs. The briefing was also supported by the Office of the Dean of the UCI Ayala School of Biological Sciences.

Professor Michael Prather served on the US Global Change Research Program & National Oceanic and Atmospheric Administration: Federal Advisory Committee (FAC) for the US Sustained National Climate Assessment (2016-2017) providing policy advice related to climate protection. As a FAC member for the US Climate Assessment, Prather's role is to ensure that climate science gets expressed and is communicated down to the user level. One of the FAC's main goals is that the science be useful and used in federal climate-related decisions and policy. Prather’s role on the FAC is supported by UCI.


Does the institution advocate for public policies that support campus sustainability or that otherwise advance sustainability at the international level?:
Yes

A brief description of how the institution engages in public policy advocacy for sustainability at the international level, including the issues, legislation, and ordinances for or against which the institution has advocated:

In 2015-16 "Water UCI" was involved in policy advocacy and collaborative planning connected to the European Union's "Bluescities" program which seeks to help cities in Europe and the Levant (Israel and Jordan) manage water more sustainably. These efforts resulted in an Urban Water Atlas for Europe and a public policy document, the Dubrovnik Declaration, which UCI’s David Feldman assisted in drafting. The Declaration, signed by multiple public leaders addresses continued collaboration to pursue best practices in sustainable urban water management between cities with similar interests. This effort has UCI institutional-level support through the Water UCI research center.

UCI, through the leadership of Donald Blake and Michael Prather, has been a key science contributor to public climate protection policy developed through the UN-linked Intergovernmental Panel on Climate Change (IPCC) and the World Meteorological Organization (WMO). UCI Methane data provided by Donald Blake, is used as an important data source for IPCC and WMO assessments and policy, as it is the longest running global methane program in the world. Blake and Prather’s roles providing science to support international climate policy through the IPCC and WMO are supported by UCI.


A brief description of other political positions the institution has taken during the previous three years (if applicable):
---

A brief description of political donations the institution made during the previous three years (if applicable):


The website URL where information about the programs or initiatives is available:
http://Advocacy.uci.edu/

UC Irvine, as a research university, is proactive in engaging public policy based on science. The legacy of influencing policy has grown out of the strong foundation for science activism established by Professors Sherwood Rowland and Mario Molina in the early 1970s, which discovered and characterized the atmospheric impact of chlorofluorocarbons and culminated in the Montreal Protocol in 1987 and, ultimately, the Nobel Prize for Chemistry in 1995. Subsequent research findings in the atmospheric chemistry group at UC Irvine, led by Distinguished Professor Barbara Finlayson-Pitts, influenced California air quality standards particularly over the past two and a half decades. Seminal research led by Professor of Chemistry Donald Blake has influenced California air quality policy for three and a half decades, as well as COP-21 deliberations on short-lived greenhouse gases. Distinguished Professor Michael Prather was the convening lead author four times, and lead author three times, for the United Nations Intergovernmental Panel on Climate Change. Engineering Professors Scott Samuelsen and Jack Brouwer have led research on alternative energy, grid stability, and de-carbonization that has influenced California energy and climate policy on many levels. Distinguished Engineering Professor Soroosh Sorooshian has influenced water management policies internationally and particularly in developing countries, and Professor David Feldman has championed policy reform to promote equity in water management ranging from regional political settings to worldwide. This is merely a sampling of examples of UC faculty influence on public policy governing energy, climate, water, and sustainability.

The California Council on Science and Technology (CCST), a nonpartisan, nonprofit organization established by the California State Legislature to provide independent assessment of public policy issues related to science and technology, includes participants from UC Irvine at all levels: Distinguished Professor Soroosh Sorooshian is a Council Member; Professor John Hemminger is a Director; and Senior Fellows include Professors Francisco Ayala, Michael Clegg, Linda Cohen, Sidney Golub, and James McGaugh. The CCST plays a major role advising the California Legislature and Governor on state policy aimed at creating a sustainable climate and water future through innovations in science and technology.

UC Irvine plays a role in University of California institutional leadership endeavors to influence climate policy. The UC Global Climate Leadership Council, co-chaired by UCI Associate Chancellor for Sustainability Wendell Brase, supports UC President Janet Napolitano’s Statement about U.S. Withdrawal from the Paris Climate Agreement and her formation of the University Climate Change Coalition, a partnership of thirteen North American research universities that will collaborate inter-institutionally and within their respective governmental settings to better implement climate action policies. The University of California Presidential and Regental policy positions on climate action, social justice, and free speech have been supported by the entire UC Irvine team under the leadership of Chancellor Howard Gillman.