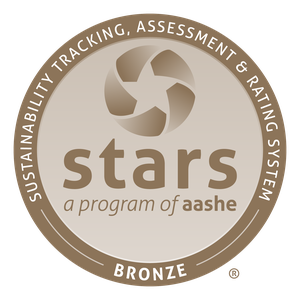 Does the institution have a publicly posted non-discrimination statement? :
Yes


Does the institution have a discrimination response protocol or committee (sometimes called a bias response team) to respond to and support those who have experienced or witnessed a bias incident, act of discrimination or hate crime?:
Yes

A brief description of the institution’s discrimination response protocol or team (including examples of actions taken during the previous three years):

Bias Response Protocol: Any person who believes that she or he is being harassed or otherwise subjected to discrimination is encouraged to immediately seek support from one of the following offices: Dean of Students, Myatt Center for Diversity and Inclusion, International Services, Accessibility Resources Center, University of New Haven Police Department, Campus Ministry, or Residential Life. Students are encouraged to file a report. Incidents will be referred to the Dean of Students Office where a written record of the report will be maintained.

To the extent possible, the University will treat all reports confidentially. A person who in good faith reports harassment or a bias-motivated incident shall not suffer retaliation. If, having made a report, a person subsequently believes that he or she has been subjected to retaliation, the person should immediately report it to any of the offices designated above.

The Dean of Students Office will investigate the incident, review the circumstances, and arrange for any interim measures. If there is sufficient proof or documentation to identify the responsible party, he or she will be contacted by the investigator as part of the investigation.

If it is determined that the motivation of the act is biased, discriminatory, or hate-driven, including behavior which injures persons or damages property, the Student Conduct Administrator will consider enhanced sanctions up to and including suspension or dismissal from the University. Additionally, if the act is judged to be criminal in nature, the incident is subject to police investigation and possible prosecution pursuant to Connecticut general statutes. Such acts will not be tolerated on the University of New Haven campus. University of New Haven reserves the right to separate from the University anyone who is charged with or convicted of a hate crime, regardless of whether the underlying events occurred off campus.

Bias Response Team is an appointed and trained group of staff and faculty members whose charge is to assess reports of bias incidents on campus, to develop and communicate a timely and comprehensive institutional response, and to support persons and groups involved in, and affected by, an incident. The Bias Response Team, in consultation with the Vice President of Student Affairs and Dean of Students, will consider the gravity of the incident(s), determine what, if any, information should be communicated to the campus community, relay a comprehensive response and follow-up, and suggest ways to address proactively issues of difference, diversity, civility, and respect via education and training.
• Bias Response Team (Members)
 Ric Baker, Senior Associate Dean of Students
 Juan M. Hernandez, Director, Myatt Center for Diversity and Inclusion
 Dionte Lee, Employee Relations and Development Associate
 Don Parker, Assistant Chief of Police
 Zehra Abbas, International Student Advisor
• Incident: During exam week in 2015, students actively involved in the Black Lives Matter movement planned a silent protest, “Die In”, in the dining hall during the annual Midnight Breakfast. The student activists proactively placed signs throughout the dining hall describing their social justice action. The protesters were verbally and physically harassed by a handful of other students who did not read the signs. The Bias Response Team worked tirelessly to address the issue and met with the students to hear their opinions and concerns. This incident resulted in the creation of three different campus initiatives; Campus Climate Coalition is a student-run organization with a goal to address issues around the interaction between students and staff of different backgrounds, annual recognized student organization (RSO) re-recognition process requires all Executive Board members to participate in an intensive diversity and inclusion workshop, the annual Upstander Walk is executed on campus to convey the University’s commitment to issues of diversity and inclusion.


Does the institution have programs specifically designed to recruit students from underrepresented groups?:
No

Does the institution have programs specifically designed to recruit staff from underrepresented groups?:
Yes

Does the institution have programs specifically designed to recruit faculty from underrepresented groups?:
Yes

A brief description of the institution’s programs to recruit students, staff and/or faculty from underrepresented groups:

The University's Human Resources Department has designed individual recruitment plans with each of the colleges. The department collected and analyzed the student and faculty demographics on campus as a baseline. As a result of the analysis and diversity statistics, specific strategies were implemented to increase faculty diversity in each college. Examples of these plans are advertising open faculty positions in publications that are specific to diversity, increased networking and outreach to societies of diverse Ph.D.

The University partners with community-based agencies that focus on building economic stability in under-privileged neighborhoods. These agencies coach and mentor the diverse candidates. We partner with them with, targeting the transition from potential employee to full-time staff.


Does the institution have mentoring, counseling, peer support, academic support, or other programs to support students from underrepresented groups on campus?:
Yes

Does the institution have mentoring, counseling, peer support or other programs to support staff from underrepresented groups on campus?:
No

Does the institution have mentoring, counseling, peer support or other programs to support faculty from underrepresented groups on campus?:
Yes

A brief description of the institution’s programs to support students, staff and/or faculty from underrepresented groups:

The Diversity Peer Educator Program’s mission is to provide opportunities for first-year students to interact with one another in a way which helps them to learn about and appreciate each other’s similarities and differences within the community. There are two DPEs assigned to each first-year hall whose sole responsibility is to offer diversity and inclusion programming for that building. On a short, three-question survey, 97% of first-year students that responded reported that they enjoyed the events and the benefits of the program.

The University of New Haven has a Safe Zone Program. This program’s mission is to create a safe environment for anyone who is questioning or wishes to celebrate differences in sexuality, sexual identity, and/or gender identity. This program is available to students, faculty, staff.


Does the institution have training and development programs, teaching fellowships and/or other programs that specifically aim to support and prepare students from underrepresented groups for careers as faculty members?:
No

A brief description of the institution’s programs to support and prepare students from underrepresented groups for careers as faculty members:
---

Does the institution produce a publicly accessible inventory of gender-neutral bathrooms on campus?:
Yes

Does the institution offer housing options to accommodate the special needs of transgender and transitioning students?:
Yes

The website URL where information about the programs or initiatives is available:
https://www.newhaven.edu/student-life/diversity-inclusion/myatt-center.php