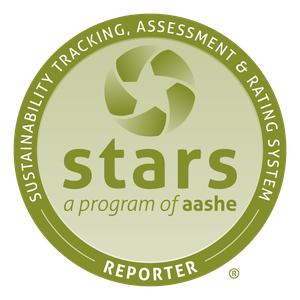 Which of the following best describes the cultural assessment? The assessment is administered to::
The entire campus community (students, staff and faculty), directly or by representative sample

Which of the following best describes the structure of the cultural assessment? The assessment is administered::
Without a follow-up assessment of the same cohort or representative samples of the same population

A brief description of how and when the cultural assessment(s) were developed and/or adopted:


A copy or sample of the questions related to sustainability culture:
---

A sample of the questions related to sustainability culture or the website URL where the assessment tool is available:


A brief description of how representative samples were reached (if applicable) and how the cultural assessment is administered:

Answers remained anonymous and responses were not be linked to an individuals. Participants could stop
the questionnaire at any time by clicking "Exit" or could refuse to answer any questions. Withdrawing from the project will not result in any negative consequences for participants.

Participation in this survey posed very little risk. The questions being asked relate to personal behaviors and attitudes toward sustainability. There is a small risk that answering certain questions about sustainability behaviors could make one uncomfortable if one felt like the behavior was being judged.

Whenever one works with email or the internet; there is always the risk of compromising privacy,
confidentiality, and/or anonymity. Confidentiality was maintained to the degree permitted by the technology being used. No guarantees were made regarding the interception of data sent via the internet by third parties.


A brief summary of results from the cultural assessment, including a description of any measurable changes over time:

College’s efforts to promote waste reduction and energy conservation have been successful among survey respondents.

Alternative transportation behaviors scored the lowest with a mean value of 3.10. Students (mean value of 5.22) reported statistically significant (p < .001) and substantially (η = 0.592) higher levels of alternative transportation behaviors compared to employees (mean value of 2.52) when analyzed with analysis of variance (ANOVA). This indicates that programs encouraging employees to walk, bike, carpool, or take public transit could potentially make improvements in this area.

sustainability efforts could increase awareness in this area among employees and students.

The assessment will be conducted in the future in order to track changes in behaviors, attitudes, social norms, and other aspects of sustainability culture over time.


The website URL where information about the programs or initiatives is available:
---